In the wake of the EU referendum in the UK many analyses have been published to pinpoint the factor that tipped the balance in favour of Leave, including regional differences, levels of education, conservative versus liberal mindsets and age. Especially the conclusion that many young voters voted Remain while older voters chose Leave has sparked a lot of debate. Even so, the voting behaviour of millennials is not so homogeneous.

The general turnout for the referendum was 72.2%, which is higher than for general elections. However, it was not equally divided amongst age groups with 64% of the 18-to-24-year-olds voting and the percentage steadily rising to a staggering 90% of people aged 65 and over. As the percentage of people going out to vote rises with age, so does the number of supporters of the Leave campaign: over 70% of the 18-24-year-olds wished to remain in the EU; this percentage dropped to less than 40% for the oldest age group. 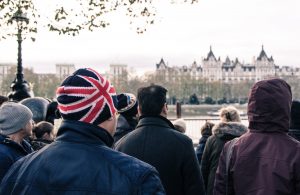 This has left many young people feeling angry and disillusioned. Those who voted Remain wish to be a part of Europe and claim the acquired rights that come with EU membership, for example the possibility to study abroad with the Erasmus programme. None of these rights are now so certain.

In reaction to their complaint that they are the group that has to live with the consequences of Brexit the longest, older voters pointed out that the turnout of millennials was the lowest of all age groups. Even though a turnout of 64% of 18-to-24-year-olds corresponds to the average turnout for a general election, the lack of interest in politics seems to be highest in this group.

The UK is a country where Euroscepticism always had a prominent place. On the other side of the spectrum, there is a group of mostly younger people identifying themselves as 'Europeans'. Their country has been a member of the EU during their entire lifetime and those who followed higher education have had the possibility to study or find work abroad thanks to EU programmes such as Erasmus and Leonardo da Vinci. They are focused on their rights as EU citizens and advantages such as being part of a prosperous trading bloc, job opportunities and political stability within Europe.

Despite most polls claiming Remain would win the referendum, the Leave voters turned out to be in the majority. Only amongst millennials more people voted Remain than Leave. The main reasons to vote Leave are centred around economic circumstances, immigration and British sovereignty.

When it comes to economic circumstances, the districts that voted Leave are those that suffer most from unemployment and a stagnation in wages. People with a lower skill set are more vulnerable to shifts in economy such as the outsourcing of jobs to low-wage countries. They also tend to feel more threatened by immigrants since they may compete for social housing and jobs.

The migration issue has also gained more attention in the wake of terrorist attacks in Europe and the immigration flows in 2015. The general feeling of insecurity, discomfort and lack of opportunities translates into a wish for taking back control. The idea that laws are being imposed and money is flowing to Brussels without a clearly perceived benefit in return has been an important element in the Leave campaign.

Since voters in the UK must register to vote, there is a large part of the population that chooses not to vote. In case of the referendum 12.9 million people of the electorate didn't vote. This is significant for the millennials because the turnout for this age group was the lowest. There are several reasons why this might be the case.

First, there seems to be indifference to what goes on in the political arena. This may stem from a lack of interest, but also from a gap between the people's needs and the decisions taken. The last decade decisions on public policy have seemed to be against citizens' interests: there have been austerity measures to fight the crisis and other decisions such as the increase of the tuition fees. Whenever protests took place, they seemed to have no effect, leading to a sense of powerlessness or apathy. This tendency is also observed elsewhere in Europe.

But the most important reason, it seems, is a lack of knowledge about the EU. Many people complained that they have no idea what the EU does and how it works. This has led to a remarkable difference in reaction: those who wished to remain in the European Union felt that a lot was at stake and that they have lost opportunities, while those who voted to leave the EU felt that EU membership doesn't matter much either way.

During the campaign both sides focused mostly on a few issues and their consequences for the UK, notably migration, sovereignty and economics. Only very little attention was paid to basic information on the EU's activities. People who didn't vote referred to this, saying they had no opinion on the EU since it's a complex political institution they don't understand.

Both the UK campaigners and the EU institutions seem therefore to have missed the most important point. Only after the negotiations are finished, the British citizens will learn which consequences their referendum decision will have.

Any cookies that may not be particularly necessary for the website to function and is used specifically to collect user personal data via analytics, ads, other embedded contents are termed as non-necessary cookies. It is mandatory to procure user consent prior to running these cookies on your website.